It's Kit's turn again and, being a man of extremes, and having already given us the longest ever episode of Wrong With Authority, he now rocks up with the shortest.  Of course, to us, 'shortest' still means 2hrs 20.  They may take our wives (actually they most certainly may not), but they'll never take our ridiculously long running times.  We have that much in common with Mel Gibson at least.

So, my bonnie lads and lassies, get your kilts on, eat your haggis-flavoured shortbread, and paint your faces blue.  Because it's time to listen to the wee Wrong With Authority bairns get medieval on Braveheart's ass.  (Actually one of us rather likes it and another of us is "meh".) 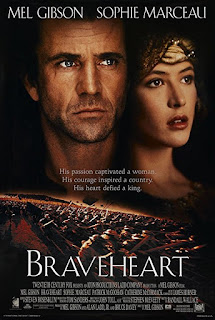 Apparently they're doing a sequel.

Email ThisBlogThis!Share to TwitterShare to FacebookShare to Pinterest
Labels: wrong with authority